Ifybella ComplexCare is equiped and resourced to handle various levels of conditions ; irrespective of  severity , we are able to provide exceptional and person centred care.

Some of the conditions we look after include  : 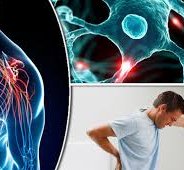 Multiple sclerosis (MS) is a nervous system disease that affects your brain and spinal cord. It damages the myelin sheath,

the material that surrounds and protects your nerve cells. This damage slows down or blocks messages between your brain and

your body, leading to the symptoms of MS.  They can include :

Dementia is a condition characterised bythe loss of cognitive functioning such as thinking, remembering, reasoning and behavioural abilities to such an extent that it interferes with a person's day to day life and activities. These functions include memory, language skills, visual perception, problem solving and self-management, ability to focus and pay attention. There are different types of dementia these includes Alzheimer’s, Lewy-body,frontotemporal dementia, Huntington’s disease, Mixed dementia, Normal pressure hydrocephalus, Parkinsons disease dementia, Korsakoff Syndrome, Posterior Cortical Atrophy and vascular dementias.

Some people with dementia cannot control their emotions their personalities may change. Dementia ranges in severity from the onset when it is just beginning to affect a person's functioning, to the most severe stage when the person must depend completely on others for basic activities of living.

Dementia is more common as people grow older (up to half of all people age 85 or older may have some form of dementia), it is not a normal part of aging. Many people live into their 90s and beyond without any signs of dementia.Dementia can vary depending on the types of brain changes that may be taking place. The most common cause of dementia in older adults is Alzheimer’s disease.

Alzheimer's is a chronic neurodegenerative disorder that usually starts slowly and worsens over time.It’s the most common cause of dementia in older adults approximately about 60–70% of cases of dementia. The most common early symptom is difficulty in remembering recent events (short-term memory loss). As the disease advances, symptoms can include problems with language, disorientation these includes easily getting lost, mood swings, loss of motivation, not managing self care, and behavioural issues as the person's condition declines. They also often withdraw from family and society.Gradually, bodily functions are lost, ultimately leading to death. Although the speed of progression can vary.

Traumatic brain injury (TBI) is an alteration in the brain function resulting from external causes. Such as head striking or being struck by an object that may penetrate the brain and caused severe damage at this point the brain undergoing an acceration or deceleration movement. This might range from mild concussion to coma or death. The human brain is the control centre for the human nervous system and generates thoughts, emotions and speech. It receives input from the sensory organs and sends output to the muscles. The brain weighs about 1400g in average and constitutes about 2% of body weight in adults.

The brain is protected from external environment by three barriers; the skull, the meninges and the cerebral spinal fluid.The brain has four major parts: The cerebral cortex, the diencephalon (thalamus, hypothalamus and epithalamus) , the brain stem and the cerebellum.

Brain injury is unpredictable in its consequences and can affect whom we are, the way we think act and feel. It can change everything about an individual within seconds.

Whilst a severe head injury can result in pressure being placed on the brain because of bleeding, blood clots or a build-up of fluid. This can sometimes lead to brain damage, which can be temporary or permanent.

A stoma is a surgically created opening between the intestine and the abdominal wall that allows faecal material to flow out into a stoma bag. There are two types of stoma: Ileostomy and Colostomy. Stomas may be required in patients with inflammatory bowel disease or cancer of the colon.Stoma bags are used for easy removal of faecal matters.

Colostomy: A colostomy maybe formed from any section of the large bowel and its position along the colon will dictate the output and consistency of the faeces.

Ileostomy: The Ileostomies are formed when a section of ileum is brought out onto the abdominal wall.

Epilepsy is a common chronic disorder characterised by an abnormal recurrent excessive and self terminating electrical discharges from the brain neurones called as seizure. These abnormal electrical activities may affect and involve all or part of the brain and disturb the skeletal motor function, sensation, the autonomic functions of the viscera, behavioural and consciousness.

Epilepsy has a clinical signs of seizures and this depends on the location of the epileptogenic focus and pattern of the discharges. The typical signs include :

There are several types of seizures. The Focal or Partial seizure, generalised seizures and Non-epileptic seizures

Presbyacusisis an age-related hearing loss also known as presbyacousis. This condition is progressive and is usually bilateral in older people as they age. It is the most common causes of sensor-neural hearing loss and diminution of hearing in older people. The exact cause is not known. However, the inner ear (cochlea) contains nerve cells that convert sound into nervous impulses which are sent to the brain.

It is thought that most people develop presbyacusis because these nerve cells don't seem to work as well and theybecome damaged. Thecondition can range from being bothersome to severely debilitating in its effect to the person.Adequate communication is required as sometimes this can lead to discomfort and break down of communication between the individual or deaf person and the carer.

Dialysis is a procedure used to remove waste products of metabolism and excess fluid from the blood when the kidneys stop working properly. This may occur following acute kidney injury (AKI) then to chronic kidney failure (CKD) end stage renal failure. It often involves diverting blood to a machine to be cleaned. Normally, the kidneys filter the blood, removing harmful waste products and excess fluid and turning these into urine to be passed out of the body, whereas were the kidneys are not working adequately an alternative means of removal of the waste product known as dialysis are used. There are 2 main types of dialysis; namely the haemodialysis and peritoneal dialysis (PD) or continuous ambulatory peritoneal dialysis (CAPD).This depends on individual choice and can be done at peoples home or preferred location comfortably.

Haemodialysis is the most common type of dialysis and the one most people are aware of. During the procedure, a tube is attached to a needle in your arm.

Blood passes along the tube and into an external machine that filters it, before it's passed back into the arm along another tube. This is usually carried out 3 days a week, with each session lasting around 4 hours.

Peritoneal dialysis uses the inside lining of your abdomen (the peritoneum) as the filter, rather than a machine.

Like the kidneys, the peritoneum contains thousands of tiny blood vessels, making it a useful filtering device.

Before treatment starts, a cut (incision) is made near your belly button and a thin tube called a catheter is inserted through the incision and into the space inside your abdomen (the peritoneal cavity). This is left in place permanently.

Spinal cord injury (SCI) is damage to the spinal cord that may lead to temporary or permanent changes on its function in the body. The symptoms may include loss of muscle function, sensation, or autonomic function on the parts of the body served by the spinal cord below the level of the damage.

Injury can occur at any level of the spinal cord and can be “complete injury”, with a total loss of sensation and muscle function, or “incomplete” meaning some nervous signals are able to travel past the injured area of the cord. Depending on the location and severity of damage and its symptoms vary from numbness to paralysis to incontinence.

A stroke or transient ischaemic attack (TIA) is a serious life-threatening medical condition that occurs when the blood supply to parts of the brain are cut off. Stroke is a preventable and treatable disease characterised by a gradual or rapid onset of neurological deficits from sudden decrease in cerebral blood flow to an area of the brain.

This requires urgent medical treatment and after care. The sooner a person receives treatment for a stroke, the less damage is likely to occur. Stroke can have a serious life changing effect on affected person and as well as their family members indirectly.

By providing the individual with a high quality care in their own homeof comfort will promote a speedy recovery.We provide youwith either round-the-clock live-in care or visiting care when you need it most. Our carers are experienced in assisting stroke patients at home affected by Ischaemic strokesand Haemorrhagic strokes.

Ischaemic stroke are the most common type of stroke. They occur when a blood clot blocks the flow of blood and oxygen to the brain.

​Haemorrhagic strokes are also known as cerebral haemorrhages or intracranial haemorrhages they are less common than ischaemic strokes. It occurs when a blood vessel within the skull bursts and bleeds into and around the brain.

Tracheostomy is a surgically created hole through the front of your neck and into your windpipe (trachea). The term for the surgical procedure to create this opening is tracheotomy. It provides an air passage to help breathe when the usual route for breathing is obstructed or impaired. A tracheostomy is often needed when health problems require long-term use of a machine (ventilator) to help the person breathe. In rare cases, an emergency tracheotomy is performed when the airway is suddenly blocked such as after a traumatic injury to your face or neck.

We offer a 24hours  on - call service

For after hours  services  ( AFTER 5 PM  and WEEKENDS)